Mermaids and all things aquatic have been going on at Pip HQ over the last few weeks..

Esther Williams stole my heart once again (she does that every once in a while) and it resulted in me creating one of her best ever water ballet costumes - the 50,000 gold sequin body suit worn in Million Dollar Mermaid 1952

Those of you who are old film fanatics like me and devour old movie star autobiographies will know that this very costume was almost the demise of our favourite Hollywood mermaid. As the cameras rolled Esther took her 50 foot dive into the pool, but as the gold aluminium crown hit the surface of the water it resulted in Esther breaking three vertebrae in the back of her neck and she had to spend the next 7 months in a body cast. So shocking! I guess it makes me love this creation all the more for it. I wish she was still with us. I'd love to know what she'd make of my creation. All the footage I've ever seen of her interviewed in later years she seems so sweet, liberal and great fun. 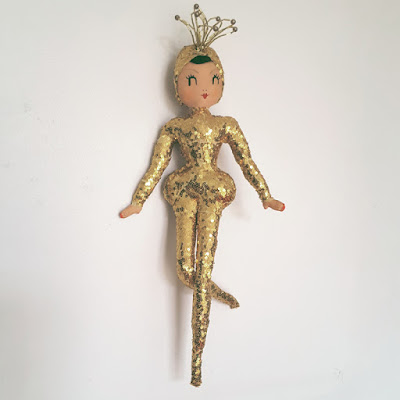 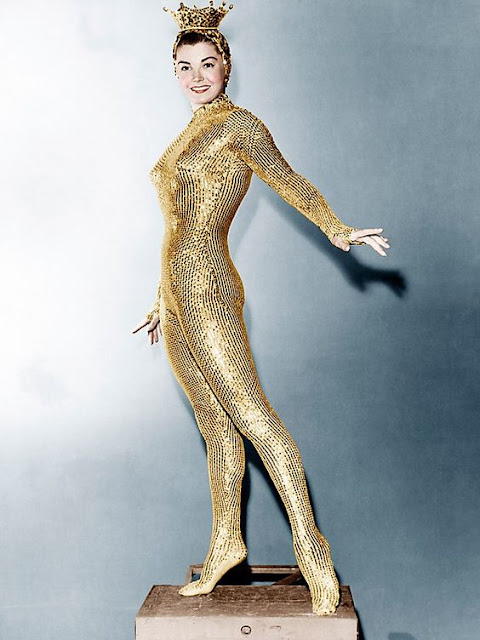 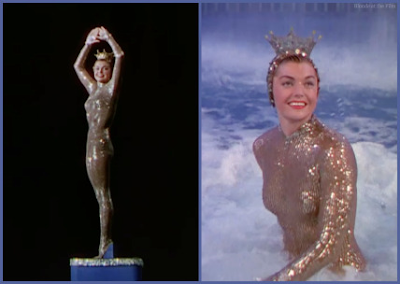 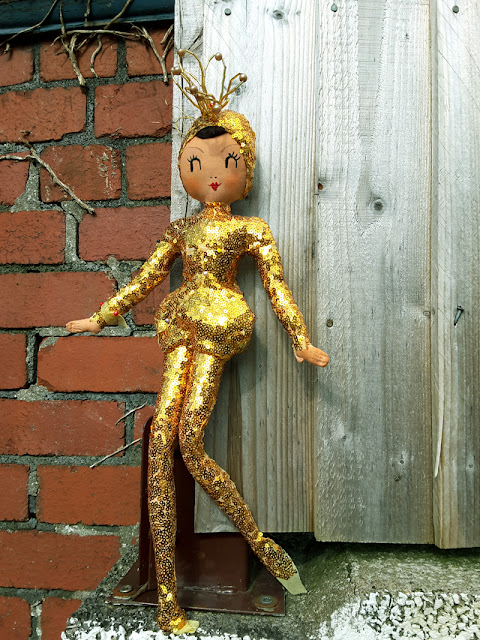 I've also been creating the Sequin Cap Esther Doll Face Decorations/Pins.. and the (yet to be listed) Sea Goddess Decorations. 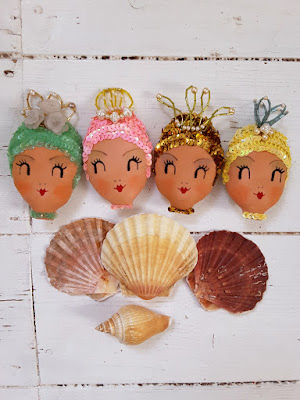 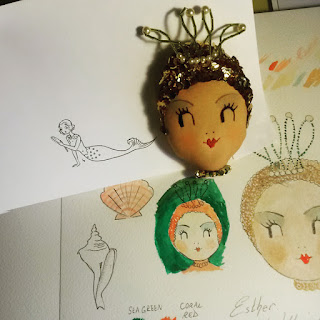 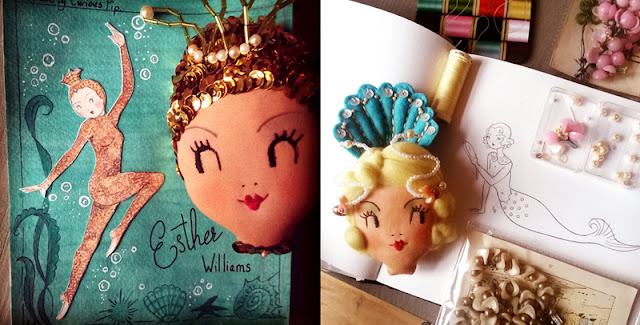 Hope you've enjoyed all my watery creations and illustrations,and if you didn't manage to snap up one of my Esther doll faces I will be listing more pre order slots soon.